One of the most popular pieces on display in the museum is our beautifully crafted canoe. This nine-metre canoe was donated to the museum by Julius Brenchley in 1873. In 1865, Brenchley visited the islands in the South Pacific Ocean aboard HM Curcao. During his travels, he visited the Solomon Islands (east of Papua New Guinea) and recorded his observations in a detailed diary.

For many years, the canoe was on loan to the British Museum, and displayed at the Museum of Mankind. Since returned to Maidstone Museum, the canoe is now displayed alongside many of the other artefacts collected by Brenchley. 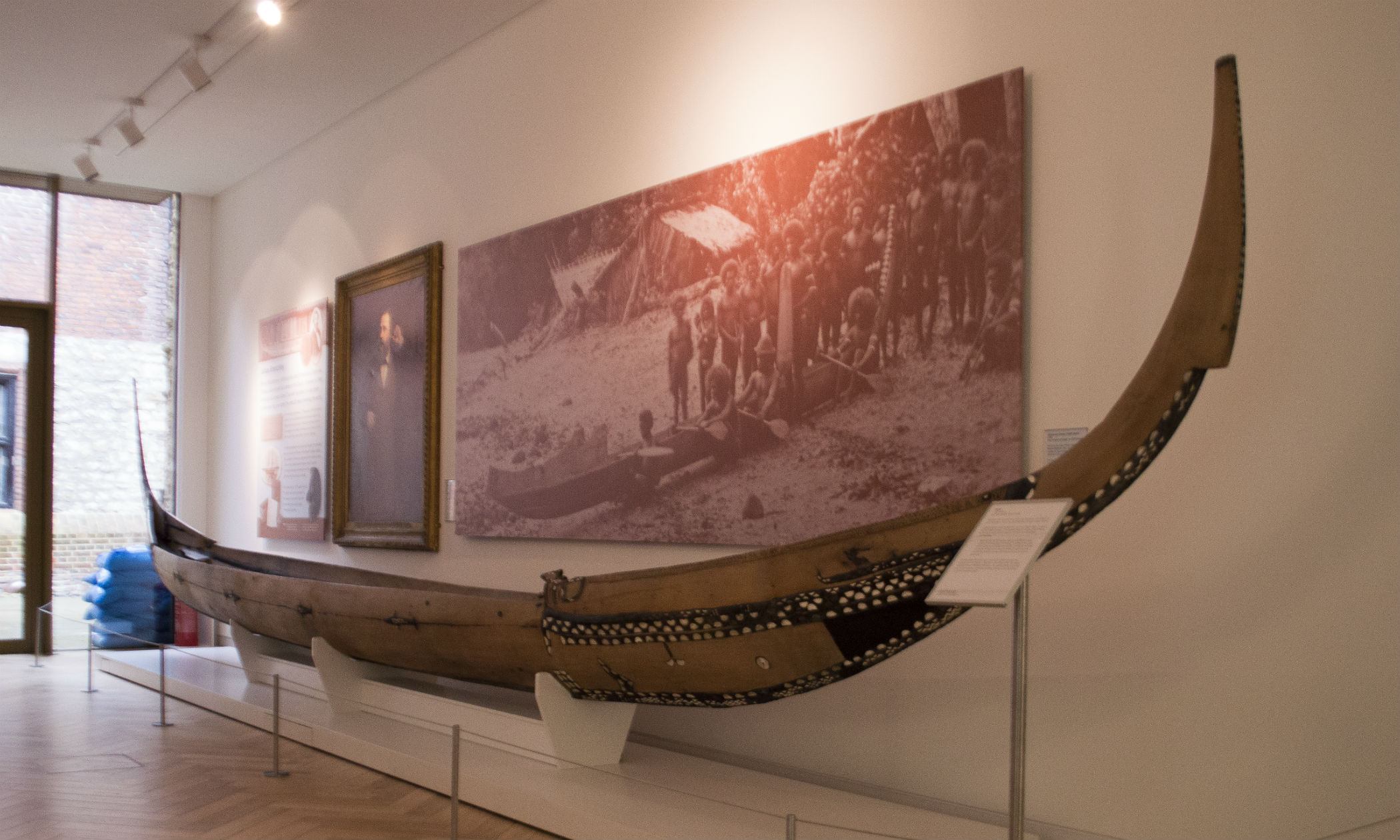 Julius Lucius Brenchley (1816-1873) was a traveller, writer and collector born in Maidstone to a wealthy family. In 1845, he left England to travel Europe with his father, who unfortunately died in Paris in 1847. Brenchley continued to travel, visiting North America, South America, Europe, Algeria, Morocco, Ceylon, China, Mongolia, Japan, Australia, New Zealand, Russia, and Poland. During his life he was an avid collector and left many artefacts to Maidstone Museum.