Maidstone and its Industrial Past (Part 5)

In the fifth and final blog of the series we will briefly look at Maidstone’s engineering past and production of agricultural equipment, at the real star, the River Medway! Follow the rest of the blog series to find out more about Maidstone’s industrial history . . . . . .

Alongside Maidstone businesses such as Rootes, Haynes, Jesse Ellis and Drake & Fletcher, the companies of Tilling-Stevens and Weeks were big names in the engineering, vehicle and agricultural equipment industries. 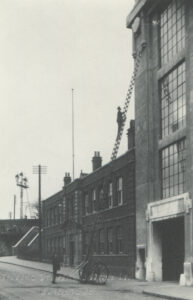 Tilling-Stevens was formed in June 1906 to take over the business of Stevens & Barker at Maidstone and to manufacture “Tilling-Stevens” commercial vehicles powered by petrol-electric transmissions engines. The variety of vehicles produced was vast and were used all over the world. Their workshop and offices were based on St Peters Street, near the railway bridge and river. 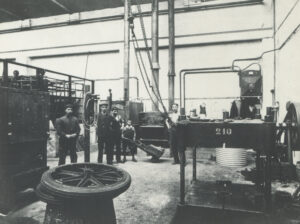 At the conclusion of the First World War the Tilling-Stevens company was reconstructed and by 1920 improved gear boxes were replacing petrol-electric transmission. A proposed amalgamation with Clayton’s Karrier Motors Limited of Huddersfield was rejected in 1932. Richard Clayton left Karrier when the firm was purchased by Rootes Securities in 1934 and became managing director of Tilling-Stevens. He revitalised the company by the introduction and development of diesel-powered vehicles. During the Second World War, large orders from the War department kept the company in full production, but shortly after, the Rootes Group realised the necessity of the highly reputable Tilling diesel to its future expansion. Tilling-Stevens became part of Rootes in 1951 and by 1966, the American company Chrysler had acquired a controlling interest and the group was again reconstructed as Chrysler (UK) Ltd. 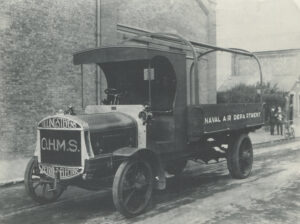 For nearly 60 years the factory had been in continuous use for the production of motor vehicles and engines; it had seen a number of reorganisations of processing and had accommodated the updating of technology and machinery, but it wasn’t quite enough to keep it open; with the Maidstone factory closing in 1975.

The Tilling-Stevens petrol-electric buses are interesting as an early example of a hybrid vehicle, with more recent hybrid petrol-electric cars, such as the Toyota Prius, now being seen as a partial solution towards cutting carbon dioxide emissions. Tilling Stevens were decades ahead of their time. 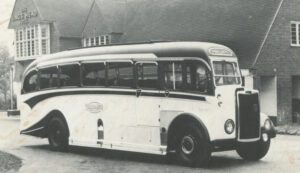 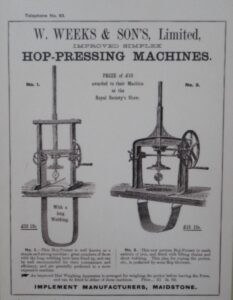 Another form of engineering industry active in the town was agricultural equipment production. Have you seen the hop-press on display at the museum? Made by W. Weeks & Sons Ltd of Maidstone, it was used to compress the hops into hop pockets (sacks), introduced to Kent around 1850, before which hopes were trodden into the pockets. 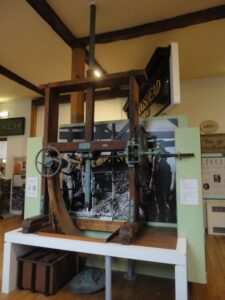 On display in the museum, © Maidstone Museums

This long-running family firm was established in Maidstone in 1742, at Perseverance Iron Works on Waterside, with – for a time – a showroom at 47 High Street. A bridge from the carpenter’s loft to a door in Brenchley Gardens (still seen in the wall below the gardens) avoided Medway floods. 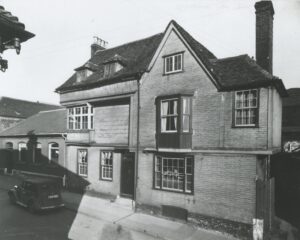 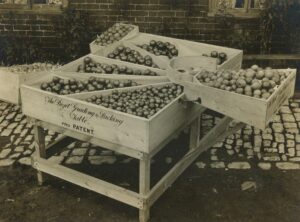 In the 1960s Weeks moved to Rye and ceased trading a few years later. 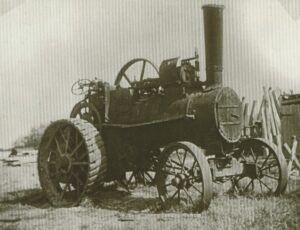 Photographed on Romney Marsh just before it was scrapped in WW2, © Maidstone Museums

The Real Heart of Maidstone’s Industrial Past: The Medway – The Source of Industry

Maidstone has been fortunate in being situated on the River Medway, as for centuries the river was the town’s main means of transport. By the nineteenth century small industries had mushroomed along its banks and the river trade had increased considerably. There were several wharves in Maidstone, situated mainly near the bridge, and by 1834 between fifty and sixty barges were trading from the town.

Maidstone’s role as a major distribution centre encouraged the development of other industries like Clifford’s of Bank Street, who traded as ‘Sail makers, Spinners and Weavers’.

The advent of the steam train in 1844 did not severely affect river traffic; it was only when the road transport industry expanded significantly that the river trade declined. Gradually the barges disappeared, then one by one the industries vanished too. 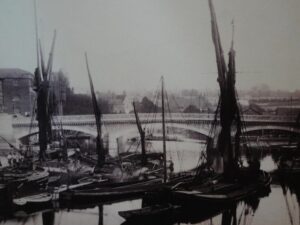 Barges on the Medway

Many of the companies which were household names in Maidstone have disappeared from the scene or been merged into some greater conglomerate. Tilling-Stevens, Foster Clark, Edward Sharp & Co., Style & Winch, Fremlins Brewery; these and many others have gone the way of so many well-known firms. However, some of the old names remain and despite the modern style of shop front, which is now commonplace, one has only to look up at the roofs and upper stories of many of the buildings to be reminded of the town as it used to be.

To learn about some of Maidstone’s industrial past, see the preceding blogs in this series

If you would like to find out more about Maidstone’s engineering past and production of agricultural equipment, you may wish to look at some of these sources of information: