Maidstone and its Industrial Past (Part 2)

In the second blog of the series we will briefly look at Maidstone’s hop picking and brewing past. Follow the rest of the blog series to find out more about Maidstone’s industrial history . . . . . . 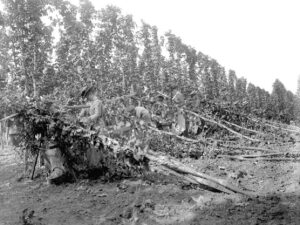 Hop garden near Maidstone, 1907.
Rows of women busily picking into bins from the uprooted hop poles. The tallyman is halfway down the row checking on their work. Note to the left of the photograph the baby’s pram in the shade of the upright poles. © Maidstone Museums

Commercial, as distinct from domestic brewing, was an early feature of Kent’s economy. Hops began to be grown commercially in the area as early as the 16th century; which was further supported by the 1682 Maidstone Charter which gave us a hop fair. Access to Thanet-grown barley and malt and to the coasting trade was critical, together with the parallel spread of hop cultivation in north east Kent.

British beer has four main ingredients, which Maidstone, as a town, was well positioned to obtain:

In Kent, hops were grown on wires fixed on 4-5 metre high poles. In the early hop gardens the entire pole was upended and the hop flowers picked from it. Later ‘bin men’ were appointed to pull down the hop bines with a hook.  The bines were then laid across the pickers’ laps and picked into a bin.

The flowers were dried in the traditional Kent Oast houses, and at the peak of Kentish hopping (1880-1940) thousands of East Enders from London had a three week ‘holiday’ and joined the locals hop picking.

In the early 19th century an exciting gamble was to forecast the weekly changes in hop prices due to a late frost, appearance of hop fly, etc. This was known as the ‘Hop Lottery’. 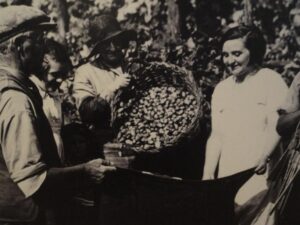 Despite the obvious interest in joining in, whether it be helping to pick or having a go at the lottery, hopping was a tough job. People worked from dawn to dusk, often walking several miles to reach the fields.  Conditions were, at first, appalling.  Charitable bodies began to provide basics; food, straw to sleep on and tents, and tried to regulate the hoppers’ free and easy lifestyles!

After this initial bad beginning, with farmer’s poor treatment of workers in the hop fields, Brewers in general had a reputation as good employers and often provided clothing, housing, firm outings or even holidays and beer to drink at work!  However, work continued to be hard, it was not until 1847 that a law was passed limiting the working day for women and children to 10 hours. 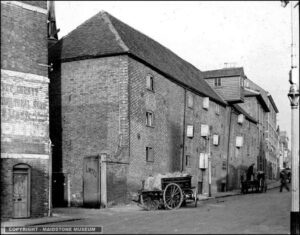 Some of the Maidstone breweries – it was a profitable business!

Opened c. 1650, the brewery was owned by various local families including Brenchleys, Staceys, Crispes and Ramsbottoms. In 1870 it merged to become ‘Isherwood, Foster and Stacey’. The brewery was pulled down in 1973 to make way for the Chequers Centre/Mall.

Opened in the mid-17th century, by 1700 it was owned by the Brenchley family who ran Lower Brewery.

Began in the early 1800s as Medway Brewery under William Baldwin of Harrietsham, the firm traded under several names before becoming Style and Winch in 1899. Brewing ceased on site in 1956.

Established by 1830, Masons were renowned for their scientific approach and began bottling beer in 1909. They were taken over by Shepherd Neame of Faversham in 1956 who relaunched the brand.

Maidstone breweries mostly catered for local demand. But it was still very profitable and brewery owners soon became involved in local high society and politics. Amazingly some, like Ralph Fremlin (who began Fremlin’s Brewery in 1861 and produced a ‘National Temperance Ale’) were anti-drinking. Ralph Fremlin – For many years Fremlin’s did not even believe in selling beer through ‘sinful’ public houses. 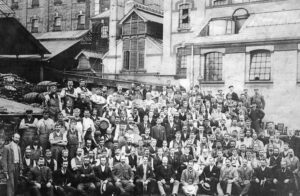 Fremlins was set up in 1861 by a devout Christian, Ralph Fremlin, when he bought the Earl Street brewery in Maidstone; he soon sold its ten pubs. Instead, he targeted the home trade, where he believed the tonic value of his family ales could be enjoyed in moderation. Bottle labels emphasised their purity; “Guaranteed bittered entirely with hops”.

It proved to be an extensive market and he quickly expanded. With his brothers he had, by 1884, established London branches in Buckingham Palace Road, White Hart Lane in Tottenham and in Camberwell, besides eight stores from Brighton and Eastbourne to Croydon and Guildford, as well as agencies “including the principal watering places on the south coast”. He also ran bible classes for his employees. 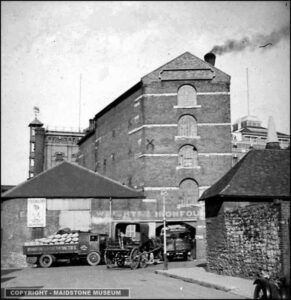 The decline in the beer industry

However, this type of industry would not always prosper. Licensing, war restrictions and societies against drinking led to declines in beer production and pub numbers.  In 1874 there was one pub per 138 people in Maidstone, by 1914 it was down to one per 238.

The 1930s saw a further decline with continental hops being in favour to produce lighter beers. Very few hops are picked by hand today, and few hop gardens remain around Maidstone.

The final Brewery from this bygone era of hopping was in fact the Fremlin’s Brewery which closed in the 1970s. Even though it was closed over 40 years ago there are still reminders of the factory, most obvious is the arch entrance and replica clock on the management office buildings of Fremlin Walk.  Slightly harder to find is the original gold elephant weather vane. 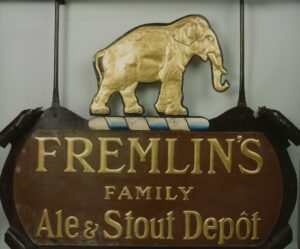 However, the tradition has not been completely lost. Goachers Brewery remains in operation, as do a number of microbreweries.

To learn about some of Maidstone’s papermaking past, see our next blog

If you would like to find out more about Maidstone’s hop picking and brewing history, you may wish to look at some of these sources of information: