Turkey joined the First World War on the 29th of October 1914 and Britain opened a military front in the Ottoman province of Mesopotamia, present day Iraq. Company Sergeant Major Robert Darley of the Queen’s Own (Royal West Kent) regiment died on the 27th October 1916 as a prisoner of war of the Turks. He was amongst the British troops besieged by the Turks at Kut al-Amara[1], a town on the River Tigris, between the 3rd of December 1915 and the 29th of April 1916. After the surrender on the 29th of April he was amongst 11,800 prisoners of war who were marched to Turkish Prisoner-of War camps. It is estimated that of those 4,250 died on the march or in the camps.

Looking back over his career, his army number of L/6078 shows that Robert Darley enlisted in 1900. Private Darley initially served with 2nd Battalion in South Africa, being awarded the Queen’s South Africa Medal with clasps “Cape Colony”, “Orange Free State” and “”South Africa 1902”. He was then posted to 1st Battalion. The battalion started a boxing club in 1905, and Robert Darley became a noted boxer. He was Army Featherweight Champion in 1908 and 1909. He would have been a small man, weighing not more than 126 pounds (9 stone or 57 kilograms). 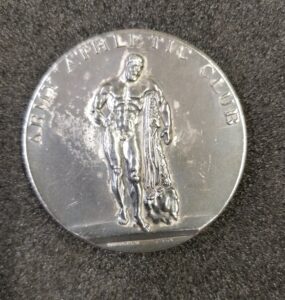 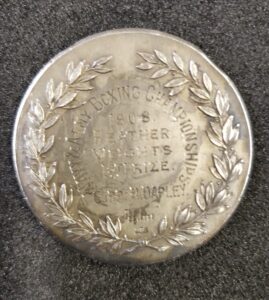 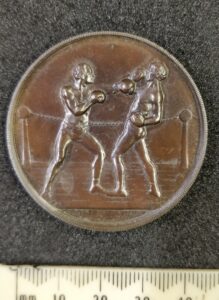 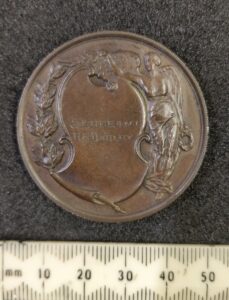 Darley rose rapidly in the ranks by 1908 he was a Lance Corporal. He became Corporal in 1909 and in 1913 he became Lance Sergeant . Having recovered from an injury he won the Irish Army Inter-Unit Light Weight title.

For some reason, Sergeant Darley did not go to France with his battalion in August 1914 but was transferred to 2nd Battalion in India and went to Mesopotamia in 1915.

Lieutenant James Mills, also 2nd Battalion, kept a diary. He records that in September 1915, before the siege of Kut al-Amara, there was a concert, in which Sergeant Darley gave an exhibition boxing match against two other men – whether both together or consecutively, Mills does not say.

In November B and D Companies of the battalion were sent to join the garrison of Kut-al-Amara. It was 120 miles south of Mesopotamia’s major city Baghdad. Both Mills and Darley were part of this force. Ottoman forces tried to take Kut several times but suffered heavy losses and instead opted for a siege cutting off the British reinforcements and supplies. Attempts to relive the troops failed and there were soon shortages of food and medicine. In January 1916 the trenches of the Queen’s Own flooded, and both Turks and British had to evacuate. Mills notes that Sergeant Darley did a good job getting the machine gun back over open ground and helping a wounded man.

“Sergt. Darley done good work getting the machine gun back through the open, also helping with a wounded comrade.” 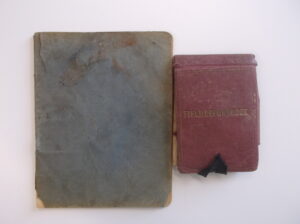 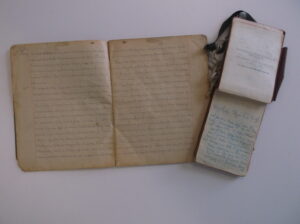 In March somebody organised a sweepstake on the date the garrison would be relieved. Only one Queen’s Own drew a dated ticket. Sergeant Darley’s date was 29th April. The winner was to get £115.

Despite several attempts the garrison was not successfully relieved, and, completely out of food, it finally surrendered on the 29th April, so you could say that Darley won the sweep, although whether he ever saw his £115 we cannot say.

The conditions for prisoners of war in the hands of the Turks were very bad indeed and the deprivations of the siege meant that many people were already weakened. Company Sergeant Major Darley, as he had become, died on the 27th October 1916 and is buried in grave XXI.K.30, Baghdad (North Gate) War Cemetery.[2]

His service in Kut won him the Military Medal, gazetted on the 21st of October 1919 and a Mention in Despatches, gazetted on the 17th October 1916. He was also awarded the 1915 Star, British War and Victory medals. The medals are held in the Regimental Museum. 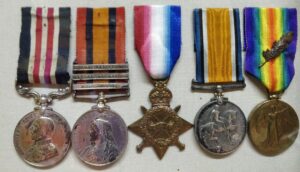 To remember the death of Company Sergeant Robert Darley 104 years ago this month it would have been good to share an image of him, but unfortunately no photo of him survive and neither does any personal recollections from his time in the army and in Mesopotamia.

Do you want to explore more?

In the 1980s and the 1990s the Imperial War Museum interviewed surviving veterans of the campaign to preserve the kind of personal experiences and reflections which are so often lost.

Some of these can be found in the resources below and will give an impression of what Darley experienced:

https://www.cwgc.org/find-a-cemetery/cemetery/57303/baghdad-(north-gate)-war-cemetery/. The North Gate Cemetery was begun In April 1917. Darley’s grave can be found and viewed on the Commonwealth War Graves Commission site above.